Generally, my research applies advanced statistical methods to substantially important research questions with the aim of testing and refining theories of political socialization, political attitudes, and electoral choice. Thereby, I am mainly interested in how individuals form and retain these attitudes and identities over time and across different political systems. My research can be grouped into three broad themes. 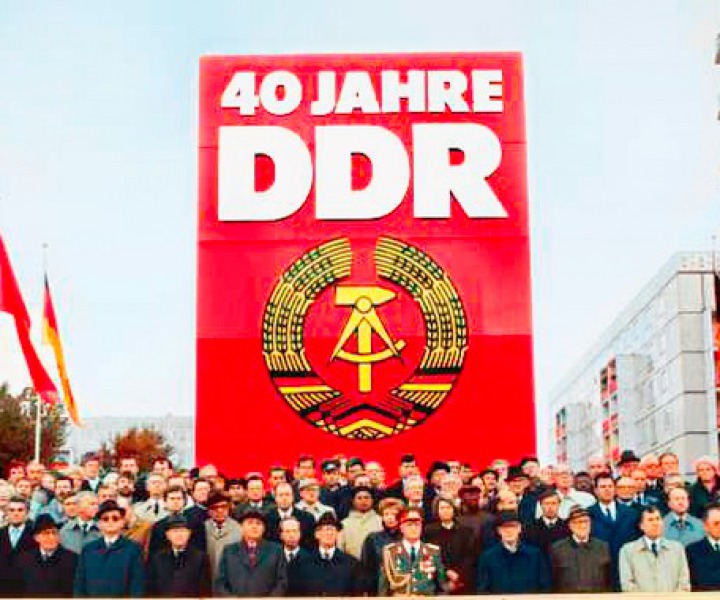 Democratic transitioning: The legacy of authoritarian regimes on democratic attitudes 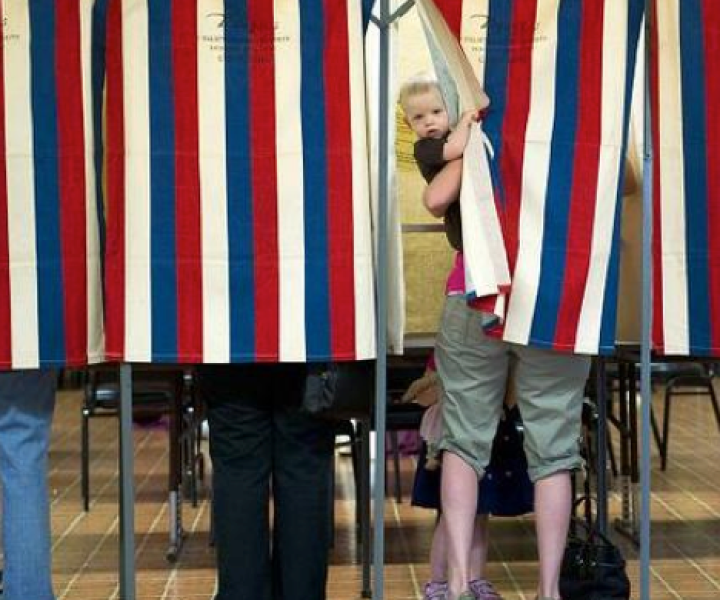 The origins of political attitudes: Socialization, age, and generations 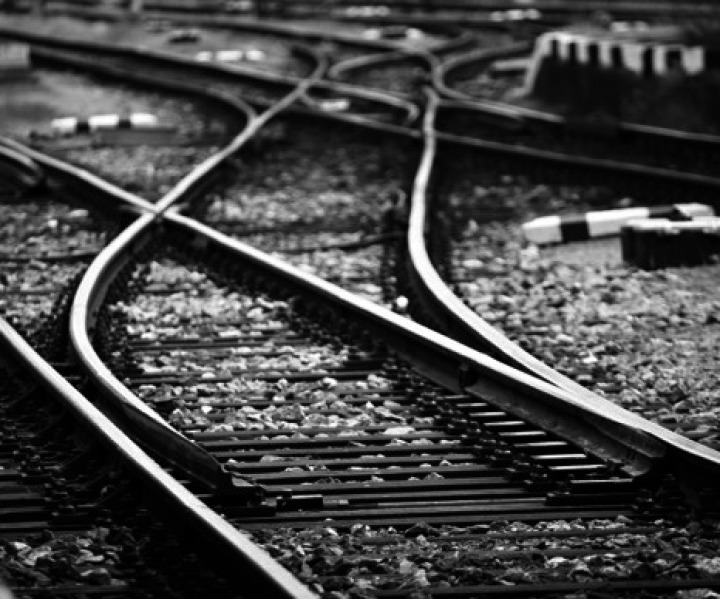 Neundorf, A. and R. Shorrocks. 2019. ‘Modernization and Support for Women Politicians in Democracies and Autocracies'. Under review. Presented at European Conference on Politics and Gender 2017 and EPOP 2017. [Draft]

Neundorf, A. and S. Pardos-Prado. 2018. ‘The long shadow of Communism: Explaining the threat to democracy in Central-Eastern Europe'. Presented at EPSA, APSA, and EPOP 2018; various invited talks. [Draft]

Ezrow, N and A. Neundorf ‘Authoritarian nostalgia: explaining the rise of global authoritarianism’. Book manuscript to be submitted to Cambridge University Press. In progress.

2. Papers on stability and dynamics of political preferences

Stegmueller, D., Neundorf, A. and T.J. Scotto. 2016. ‘The dynamics of party identification in turbulent times: The rise and fall of support for New Labour’. ISER Working Paper.

Neundorf, A. and C. Cavaille. 2016. ‘The Price of Sharing: Support for Universal and Equal Ac- cess to Health Care in Diversifying Neighborhoods’. ISER Working Paper.

Neundorf, A., Dinas, E., and B. Nielsen. ‘Identification in Age-Period-Cohort Models: A Canonical Parametarization Solution’. Presented at PSA Polmeth and EPSA 2017. [Draft]

SUMMARY OF PUBLISHED AND ONGOING WORK

1. Democratic transitioning: The legacy of authoritarian regimes on democratic attitudes

Neundorf (PhD thesis 2010): In my dissertation I investigated the individual-level responses to democratisation in post-socialist Europe, focusing on four different political attitudes, namely democratic satisfaction, partisanship, ideology, and religion. The single chapters have been published as journal articles.

Neundorf (published in Journal of Politics 2010): In this article I study the impact of being politically socialised in a socialist, non-democratic context on citizens' present attitudes towards democracy in Eastern Europe. I show that strong generational differences in regard to the adoption to democracy exist in post-socialist Europe. These results raise the question whether the Cold War generation -- as I call those that grew up during socialism -- will ever become true democrats.

Neundorf (published in German Politics 2009): Analysing the use and meaning of the left-right self-identification, this paper shows strong differences between East and West Germans that seem to associate different means with these ideological labels. This raises doubts about the usefulness of these labels as a mean of political communication.

Mueller/Neundorf (published in Social Forces 2012): The aim of this article is to present two different roles of the state affecting individuals' religiosity. First, we provide evidence for the effectiveness of socialist regimes in influencing citizens' opinions by comparing religious beliefs among several generations of Eastern Europeans. Second, the article explores whether the democratization process in Eastern Europe led to a revival of religiosity.

Neundorf/Sagarzazu (in progress): Extending the work presented in my JoP paper on Eastern Europe, this paper uses the data of the Latinbarometer (1995-2010) to test the effect of military regimes on democratic attitudes among different generations, some of which grew up under the influence of those regimes. We find that these authoritarian governments have a lasting negative effect on support of institutions, specially those closely linked to Dictatorship.

2. The origins of political attitudes: Socialization, age, and generations

Neundorf/Niemi (published in Electoral Studies 2014): This is a Paper Symposium that brings together scholars working on new methods in the field of political socialization and cohort analysis. Our editorial article introduces the main components and challenges of conducting age, period, cohort analysis. It also gives an overview of the topic in political science research.

Smets/Neundorf (published in Electoral Studies 2014): This paper is part of the Paper Symposium of APC analysis. We illustrate hierarchical APC models, using cross-classified models to estimate the variance among generations using US turnout as an example. We show that the level of politization of elections during the first 2-3 elections has a lasting (positive or negative) impact on the propensity to vote.

Neundorf/Smets/García-Albacete (published in Acta Politics 2013): In this article, we assess the relative importance of parental socialization and a person’s own life experiences in the development of political interest. Using the German Socio-Economic Panel, we find strong paretnal influences, while life-cycle events are not found to strongly affect the development of political interest during the formative years. However, the transition to adulthood is more critical for those individuals who did not acquire high levels of interest from their family.

Neundorf/Smets (published as Nuffield Politics Working Paper 2012): Using the theory of government-driven political socialization, we argue that partisan generational effects are influenced by the national government in power during a cohort’s impressionable young adult years.We assess this hypothesis in four established Western democracies characterized by a variety of party and electoral systems (Germany, the Netherlands, UK and the USA.

Neundorf/Niemi/Smets (published in Political Behavior): We hypothesize that civic education sparks levels of political engagement and participation especially among those young citizens who are not socialised at home. We support this hypothesis with data from the Belgian Political Panel Study (BPPS) 2006‐2011.

Neundorf/Soroka (R&R at West European Politics): In this paper we are studying whether the right-ward shift of economic preferences in the British electorate can be explained by generational replacement. We compare the economic conditions during the socialization periods of all generations since World War I and test whether these varying contexts have had a lasting effect on whole generations' attitudes towards redistribution.

Neundorf/Stegmueller/Scotto (published in Public Opinion Quarterly 2011, won SOEP Award): This paper investigates the nature and stability of individual-level party identification using the German Socio-Economic Panel (SOEP). Proposing a new methodological approach of mixed latent markov modelling, my colleagues and I present evidence that party identification is bounded and that a party's loss is not necessarily its rival's gain.

Neundorf/Adams (forthcoming in the British Journal of Political Science): Using the SOEP, we investigate the reciprocal relationship between issue priorities and partisanship. We show that this relationship is strongest among supporters of the Green Party - a single-issue niche party. This confirms an exceptional role of niche parties in mainstream politics.

Evans/Neundorf (R&R in the British Journal of Political Science): In this paper we analyse the relationship between political values and partisanship in the British electorate using the British Household Panel Study (BHPS). We find that values are more prevalent and stable than partisanship and the cross-lagged estimates show a stronger impact of values on partisanship than the reverse.

Tilley/Neundorf/Hobolt (forthcoming at the Journal of Politics): This paper tests the classic pocketbook voting hypothesis using the British Household Panel Study. We find that voters do place their party support on personal finances that follows egocentric economic voting, but only if the changes in persinal finances is directly linked to government action. This is mainly the case in relation to welfare benefits.

Cavaille/Neundorf (under review, published as NICEP working paper 2016): Focusing on one of the most research political attitudes - redistribution preferences - we show that economic policy attitudes are more stable than usually assumed by political economist. Using the BHPS we show that economic hardship does not alter redistribution preferences in a significant way.

Cavaille/Neundorf (under review, published as ISER working paper 2016): Here we test the impact of immigration on support for universal health care in the UK. We test the hypothesis that an increase of ethnic minorities in a person's neighbourhood reduces support for the core value of universal access to the NHS in the UK. Using the BHPS and census data, we find support for this hyopthesis, especially among conservative respondents.

Stegmueller/Neundorf/Scotto (under review): In this paper we show that over the 1991-2008 waves of the British Household Panel Survey the Labour Party appeared bereft of a core, stable constituency over the period where they won three consecutive mandates.

Neundorf (published in Politische Vierteljahresschrift 2011): This research investigates whether citizens make their electoral choices in line with their ideological position. I present support for a pluralization of the ideological labels left and right in unified Germany and how this affected voting.  The longitudinal analysis shows relative constant global patterns of ideologically consistent electoral choices over time, but changing relationships at the level of single parties.